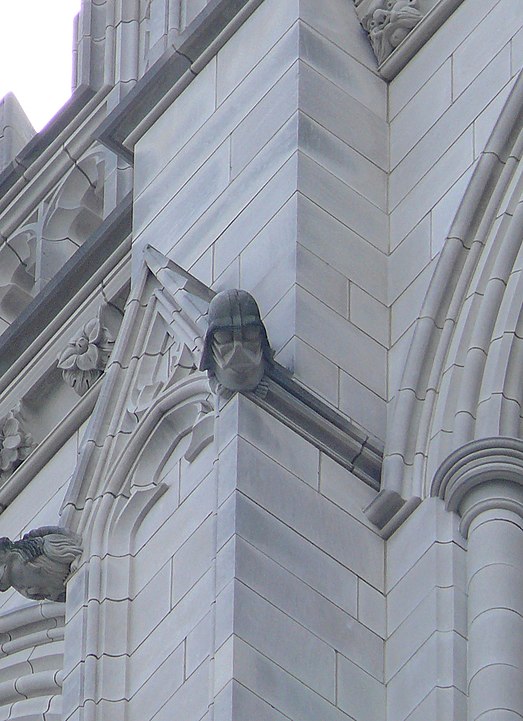 
The National Cathedral had been the vision of George Washington and Pierre L’Enfant to serve in their new capital city as a “great church for national purposes.”

And so it has been since its construction in 1906 that this hallowed structure has served as the gathering place for the people to pray for their inaugurated President and to mourn their inevitable passing.

So, you can imagine our surprise when we learned that a statue of Darth Vader sits on the top!

Here’s the story. During the ‘80’s, the Cathedral’s two northwest towers were under construction and with that also came the need for new gargoyles, grotesques and busts to decorate them. The Cathedral enlisted the help of National Geographic World who in turn hosted a contest for Washington D.C. area school kids to design a “grotesque” for the National Cathedral. (By the way: Vader is technically not a gargoyle because there is no water drainage coming from him from the building. This makes him a Grotesque).

A boy named Christopher Rader won with his Darth Vader design. A head was sculpted by Jay Hall Carpenter and the actual stone carver was Patrick J. Plunkett.