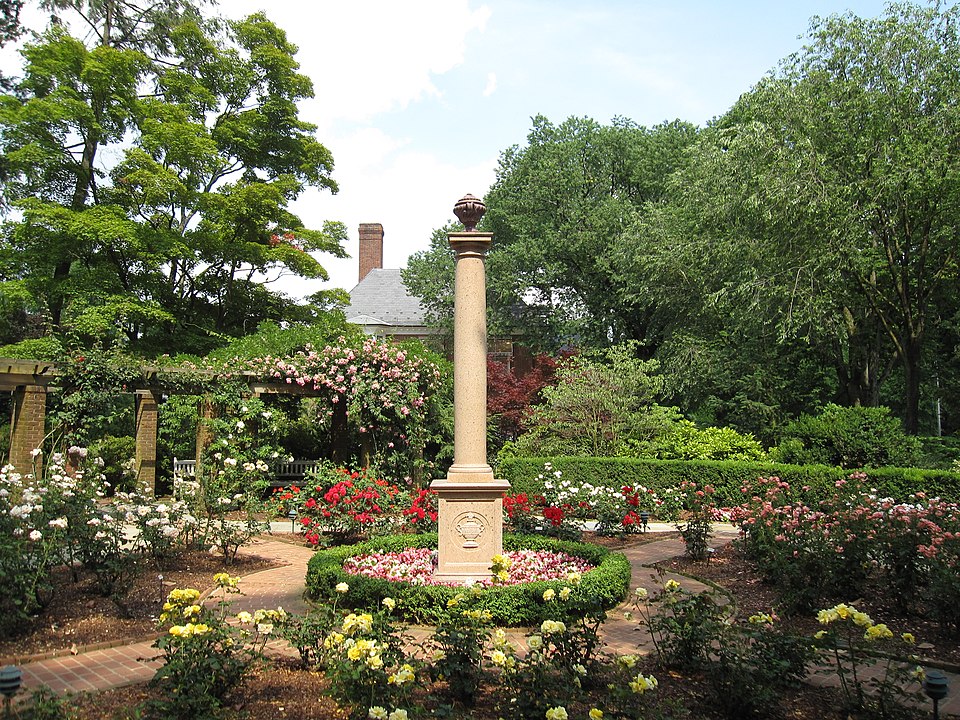 Outdoor Rooms at Hillwood Estate are perfect for Social Distancing

Good news for all of you aesthetes out there who have streamed every virtual art exhibit in town during the sheltering in place mandate. Hillwood Estate, Museum and Outdoor Gardens is now open to visitors –  advance reservations required.

Situated on 25 acres adjacent to Rock Creek Park, Hillwood is the former residence of businesswoman, philanthropist and socialite Marjorie Merriweather Post. Post was heir to a food conglomerate which would later become General Foods.

Post was a great admirer of Russian art and her third marriage to Joseph Davies enabled her to acquire priceless artifacts from pre-revolutionary  Russia. In 1937, Davis was appointed second Ambassador to the Soviet Union,  forcing the couple to decamp to Moscow. During this time the Communist government was basically hosting a fire sale of much of its religious and imperial art to raise money for its “grand industrialization plans.” Although she did not purchase from the Communists directly, Post was able to  procure what is today the largest collection of pre-revolution Russian antiques to exist outside of Russia.

Among the priceless pieces housed in Hillwood are: the grand chandelier that hung in the breakfast nook from the Catherine Palace, the vacation palace of the tsars; the Faberge Twelve Monograms Easter Egg; and the Russian Nuptial Crown, which is encrusted with 1,535 diamonds, worn by Alexandra on her wedding day to Nicholas II.

What makes a visit to Hillwood particularly appealing are the 13 acres of formal gardens that extend from the house’s terraces and porches as “outdoor rooms” Post’s vision for these individual gardens was to complement the house’s interior spaces.  She designed the gardens to flower in the spring and fall, when she was in residence at Hillwood. Today, they offer something beautiful in every season. A perfect place to wander and explore and socially distance!

Now is the perfect time to enjoy the Fall blooms at Hillwood Estate and Gardens.