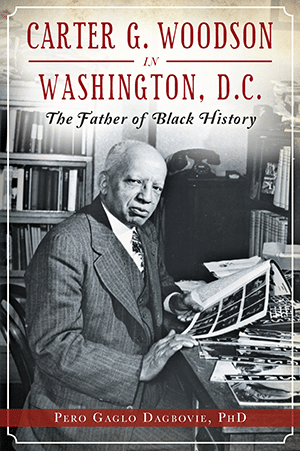 In the summer of 1915, the state of Illinois hosted a three-week-long event marking the 50th anniversary of Emancipation. Thousands of African Americans traveled to Chicago to see exhibits and hear speakers highlighting their people’s progress since the end of slavery. Among those in attendance was a man named Carter G. Woodson.

Woodson was so encouraged by the enthusiasm and interest the event received, he and several colleagues formed the Association for the Study of Negro Life and History (later named Association for the Study of African American Life and History or ASALH). They published the Journal of Nego History in 1916. Woodson believed that increasing education and professional social contacts among blacks and whites could reduce racism.

His vision-the organized promotion of African American History- manifested in 1926 in Washington DC as the first Negro History Week.

Woodson and the ASALH decided to designate the week coinciding with the birthdays of Frederick Douglas and Abraham Lincoln to mark Black History. They choose this time partly because of the role the men played in black history and partly to dovetail the already established tradition of celebrating their birthdays. Since 1976, the commemoration has been observed the entire month.

Carter Woodson graduated from the University of Chicago and completed a Ph.D. in History at Harvard— only the second African American to do so after WEB DuBois. Woodson’s doctoral dissertation, The Disruption of Virginia, was based on research he did at the Library of Congress while teaching high school in DC. After earning the doctoral degree and with no university willing to hire him, he continued teaching in public schools. He became principal of the all-Black Armstrong Manual Training School in Washington DC.  Later, he joined the faculty at Howard University as a professor and served as Dean of the College of Arts and Sciences.

On April 3, 1950, at the age of 74, Woodson died unexpectedly from a heart attack in the home office at 1538 9th St NW. The home is now a National Historic Site. Carter Woodson is buried at Lincoln Memorial Cemetery in Suitland, Maryland.