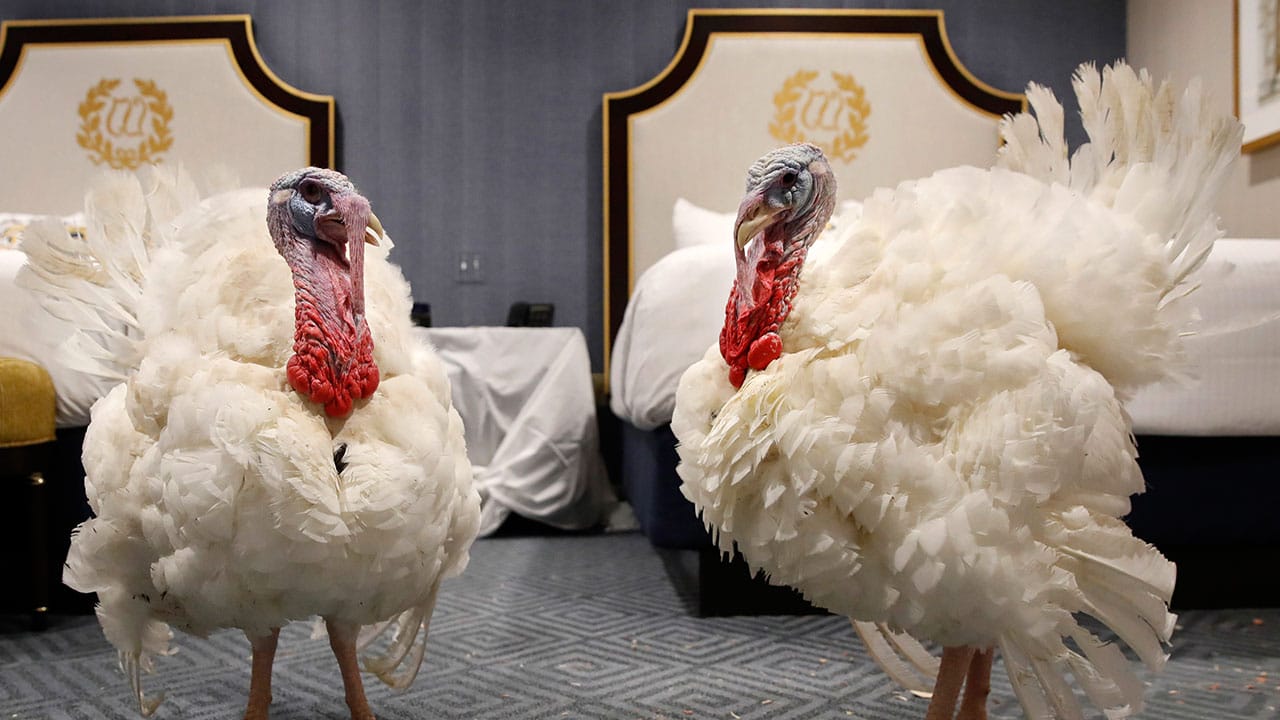 Who Started the Thanksgiving Turkey Pardon?


Next Wednesday, the National Turkey Federation will present President Trump with two live turkeys. Although it has been rumored that the First Family will spend Thanksgiving at the White House (as it will be their last), they will not be feasting on these two gobblers. Instead, the President will read aloud their names and grant the fortunate fowl Presidential Pardons. Soon after, a dark SUV will then whisk them to Reagan National Airport where they will live out the remainder of their lives in Ft. Lauderdale with Roger Stone.

But seriously, how did all this silliness start? The origins of the Presidential Turkey Pardon have been debated but do not fear, we’ve done some research (Google) and have several theories.

It is reported that it started when President Lincoln spared the family Christmas turkey after his son Tad pleaded mercy for the bird. However, a Presidential tradition did not catch on.

Some credit President Kennedy with the first official turkey pardon, but like most JFK mythologizing, it is not true. Kennedy merely sent one of his turkeys back to the farm because it wasn’t big enough.

President Reagan was technically the first president to pardon a Thanksgiving turkey in 1987 but he did it as a joke to avoid answering questions from the White House press corps. Reporters had been pestering him about pardoning several of the players in the Iran-Contra scandal. The President joked that instead, he planned to pardon the Thanksgiving turkey.

Most likely it was Bush 41 who officially formalized the tradition by following Reagan’s lead. In a ceremony during his first term the President said, “Let me assure you, and this fine tom turkey, that he will not end up on anyone’s dinner table, not this guy — he’s granted a Presidential pardon as of right now — and allow him to live out his days on a children’s farm not far from here.”