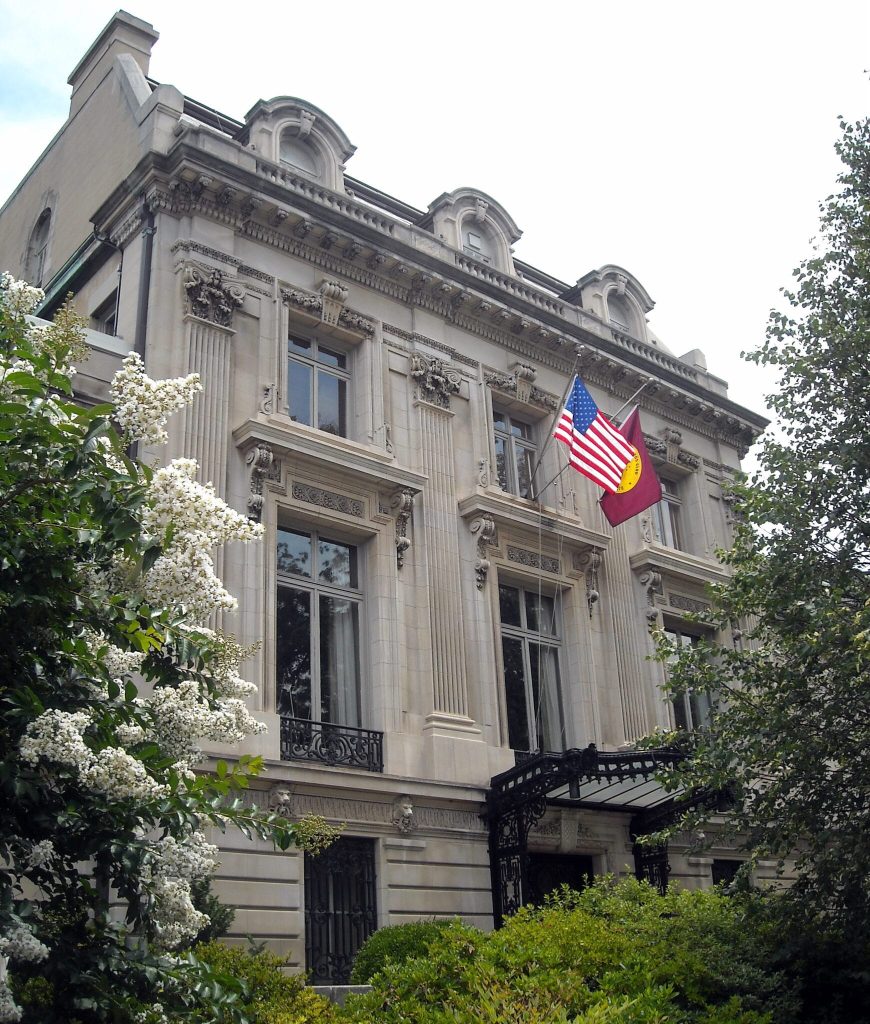 The Cosmos Club – Neighbors our newest Listing at 2150 Florida Ave!

Dupont Circle is home to one of the most historic and exclusive private clubs in Washington D.C. The Cosmos Club resides in a Beaux Arts-style mansion (formerly known as the Townsend Mansion) at 2121 Massachusetts Avenue.

Founded in 1878 by geologist John Wesley Powell and early members of the National Geographic Society, The Cosmos Club was established so that men who were leading in the areas of science, literature and arts could gather, discuss and share ideas.  It was, and still is, a place of distinction where leaders dine, wine and occasionally rest. (This exclusive club voted to accept women in 1998.)

In its infancy, The Club met at the old Corcoran Building at 15th and F streets but later found a permanent home in Dupont Circle in 1952, and is now bordering our latest development at 2150 Florida Avenue!

But what makes The Cosmos Club majestic? The Club’s membership is filled with thought leaders and pioneers who made a mark on history. Club rules mandate that membership requires people who have “done meritorious original work in science, literature, or the arts, or… recognized as distinguished in a learned profession or in public service.”

(With the recent passing of Supreme Court Justice Ruth Bader Ginsburg, I was curious to see if she had been a member of this beautiful and unique club as she surely met the requirements. An NPR reporter recently recounted a story of being denied membership. She shared that when her friend, Justice Ruth Bader Ginsburg, was invited to join, true to her character, she rebuffed the invitation stating “You know, I think that a club that is too good for Nina Totenberg is too good for me, too.”)

A magnificent pass through leading into the Dolly Madison Parlor proudly displays the countless members who have been honored on US and foreign country stamps.

The Clubhouse still plays host to elegant receptions, important meetings and the fabled Washington “power lunch.” The Cosmos Club is listed on the National Register of Historic Places and is designated as a District of Columbia Landmark.

Right next door we are offering a bespoke 4 unit condominium building which has PRIVATE OUTDOOR spaces for EACH of its glorious units, HIGH-END appliances, European FIXTURES and finishes and is an INCREDIBLE DESIGN and VALUE!

Please message us to arrange a private tour.